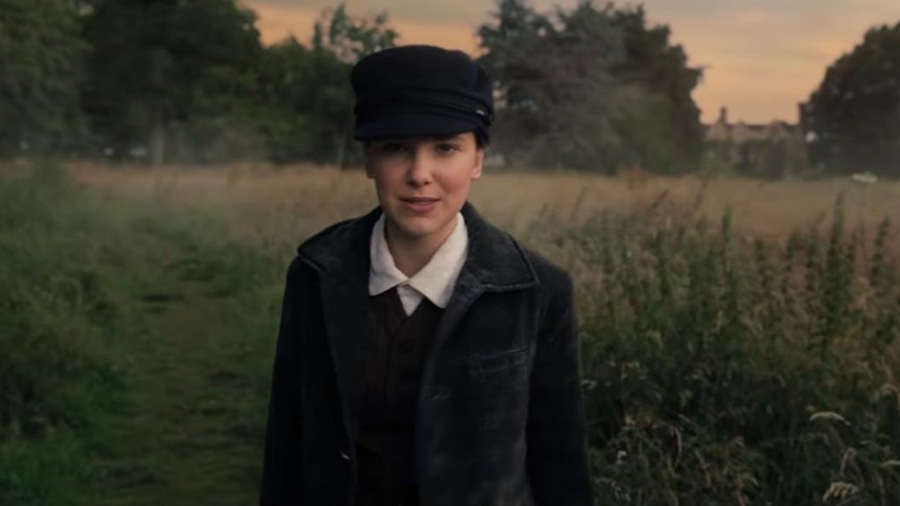 "The first trailer for Netflix's Enola Holmes starts with the narration from Millie Bobby Brown's character, which will presumably continue throughout the course of the upcoming movie's 123 minute runtime. Enola gives the public some backstory, revealing the origin of her unique name and her loving relationship with her mother Eudoria Holmes (Helena Bonhman Carter). She learns a ton of skills in the process, which must be used when Eudoria suddenly vanishes without a trace.

Enola quickly gets to business in order to try and track down her missing matriarch, but doesn't decide to have this type of adventure alone. Instead, she's joined by her brothers Mycroft and Sherlock, played by actors Sam Claflin and Henry Cavill respectively. The latter actor's hair is particularly glorious for this movie, with waves that will no doubtlook surprisingly perfect throughout the adventure.

From the moment she meets up with her brothers in Enola Holmes' trailer, it's clear that the talented title character is missing one crucial skill: how to be a lady. They admonish her appearance, calling her a "wild woman." And as a result, she runs away to continue the search for her mother. That's when the action really begins.

As Elona trains in etiquette, she meets some friends along the way. The action of the Enola Holmes trailer picks up, as Hole's iconic track "Celebrity Skin" fuels action sequences with appropriate language for Millie Bobby Brown's protagonist. She'll have to use the various skills taught by her mother to find Eudoria, with her fourth wall breaking narration helping to buoy the trailer's runtime."