The streaming service Shudder is celebrating the upcoming summer with a brand spankin’ new “Summer of Chills” lineup, with *thirteen* brand new horror movies on the way.

The fun has actually already begun with new releases including Caveat and George Romero’s The Amusement Park, with many more coming soon. Preview the “Summer of Chills” below!

The lineup includes “Twelve new original and exclusive films for June, July and August, including the anticipated debut of landmark horror director George A. Romero’s legendary “lost” film The Amusement Park on Tuesday, June 8. The robust summer lineup kicks off with Caveat, an eerie, slow-building, cat-and-mouse thriller, and continues with such marquee films as The Boy Behind the Door, Justin Powell and David Charbonier’s directorial debut; Jakob’s Wife, starring horror icon Barbara Crampton; and Kandisha, the long awaited new supernatural shocker from the French directing duo of Julien Maury and Alexandre Bustillo, who return to Shudder following the success of their film Among the Living; in addition to many others.""

"Murphy plays Allison McRoberts, who is married to man-child Kevin McRoberts (Eric Petersen), who proclaims “I’m the gift that keeps on giving, baby,” at the start of a new trailer that The A.V. Club is exclusively premiering below. Allison is fed up of her life, her ingrate husband, and daydreams that she’s stabbing him in the neck, which is when the trailer takes a visibly deadly turn."

"​In Netflix’s new movie, Skater Girl, Perna (Rachel Saanchita Gupta) fights against all odds to follow her dreams of becoming a skater even though she lives in a remote village in Rajasthan, India, where gender roles are strictly defined.

Perna gets a boost when London-based advertising executive Jessica (Amy Maghera) arrives in the village to learn more about her late father. Jessica is more than willing to help the local kids learn more about skate-boarding, even getting them skateboards, after they learn about the sport from one of Jessica’s good friends who skates into town to visit her.

Even though obstacles are all around them, Jessica becomes dead set on building the kids a skatepark while Perna works toward competing in the National Skateboarding Championships.

Skater Girl is written, directed and produced by Manjari Makijany. Besides Gupta and Maghera, the film also stars Shafin Patel and Jonathan Readwin with a special appearance by Waheeda Rehman. It’s produced by Emmanuel Pappas and co-written and produced by Vinati Makijany.

You’ve heard the news. California is opening back up and we are steadily heading towards a happier, healthier, post-COVID society. But we are not quite across the finish line — WE NEED YOU!

Click here to find a vaccination site near you: https://corona-virus.la/VaxAle...

PEOPLE has an exclusive first look at the trailer, premiering one day after Olivia Benson and Elliot Stabler reunited for the first time in a decade during Thursday's Law & Order: Special Victims Unit and Organized Crime crossover event, giving fans a little more of what to expect from the rest of the season.

While the first part of the trailer reviews what happened in the premiere — namely, the reunion between Benson (Mariska Hargitay) and Stabler (Christopher Meloni) and the death of Stabler's wife, Kathy — the remaining scenes show the grieving widower vowing to seek vengeance for her apparent murder, with the help of Sgt. Ayanna Bell (Danielle Moné Truitt).

Scenes throughout the trailer tease more backstory about the enigmatic Richard Wheatley (Dylan McDermott). Wheatley is the son of mafia leader Sinatra (Chazz Palminteri), whom Stabler suspects had ties to the crime.

"I was a damn good cop 12 years ago. I'm a better cop now. And I will take him down," Stabler says of Wheatley."

Judas and the Black Messiah - 6

Bringing stories to the screen takes passion, hard work, patience and then..more hard work. Open Road is so very honored to have contributed to the campaigns for Judas and the Black Messiah, The Trial of the Chicago 7, Ma Rainey's Black Bottom, Pieces of a Woman, Over the Moon and congratulations to our creative partners at Warner Brothers and Netflix!

On April 1, Christopher Meloni will reprise his role as Detective Elliot Stabler and reunite onscreen with Mariska Hargitay's Olivia Benson for a new episode of the NBC drama, which will air right before the premiere of spinoff Law & Order: Organized Crime, in which Stabler is the central character.

Ahead of the SVU and OC two-hour crossover event, NBC released a new promo, which features flashback footage of the partners before a sneak peek at their upcoming reunion.

"We've worked together a long time," Olivia says about Elliot in a scene. "I can anticipate what he's thinking, what he's going to do. Yeah, we have a great rapport."

The teaser then shows the disappointing moment Olivia learned that Elliot "put his papers in."

"There was nothing I could do," Captain Donald Cragen says.

The promo then transitions to "April 1," when Olivia is at a crime scene with other police officers and first responders — and among them is Elliot.

"Liv!" an unseen Elliot calls out to a shocked Olivia, who turns around and says, "Elliot.""

Open Road's 'Biggie: I Got a Story To Tell' Trailer Featured on The Wrap

"If you don’t know there’s a Netflix documentary coming soon about The Notorious B.I.G., now you know.

The film “Biggie: I Got a Story to Tell” about East Coast rapper Christopher Wallace, aka Biggie Smalls, delves into how his music not only made him a legend, but changed people’s lives.

“Big had a gift of talent that saved a lot of people’s lives but his,” one of the rapper’s friends says in the doc’s trailer. Biggie, who was killed in 1997 at the age of 24, can later be heard saying in a clip, “We’re just gonna do our thing forever. Forever and ever.”

CBS used the Super Bowl to push a lot of its own content, both new and returning, but apart from The Equalizer, which was premiering immediately after the game, no upcoming CBS show was pushed harder than Clarice, the original drama spinning off from the 1991 film The Silence of the Lambs. We got a number of short teasers, but most interesting was the full-length Clarice Super Bowl trailer, which essentially takes 60 seconds to vividly re-tell the story of FBI Agent Clarice Starling and her murdered lambs. Re-establishing Clarice in the minds of viewers is exceptionally important. While she appears in the sequel, Hannibal, the franchise as a whole has generally been far more interested in the cannibalistic serial killer Hannibal Lecter than in Clarice, and linking the new version to her most famous piece of dialogue is a brilliant way of bringing her back into the consciousness of the viewer and emphasizing that she, not Lecter, is the star of this show. It's even more important when you consider that, due to rights issues, CBS can't actually use the Lecter character, most recently seen starring in his own show on NBC.

In case you didn't realize that Clarice was a sequel series to The Silence of the Lambs, there are now actual lambs in the new trailer that dropped during the Super Bowl on Sunday.

"The lambs were screaming," actress Rebecca Breeds recites as the lead character, Clarice Starling. "I tried to free them. I thought if I could save just one… but he was so heavy. I couldn't save the lamb. But I will never stop trying."

The teaser ends with a moth landing on Clarice's mouth as a nod to the poster for the 1991 horror-thriller that saw Jodie Foster as Clarice opposite Anthony Hopkins as cannibalistic serial killer Hannibal Lecter. That name, however, won't be mentioned on the CBS show due to rights issues with author Thomas Harris' book characters, as explained by the producers. 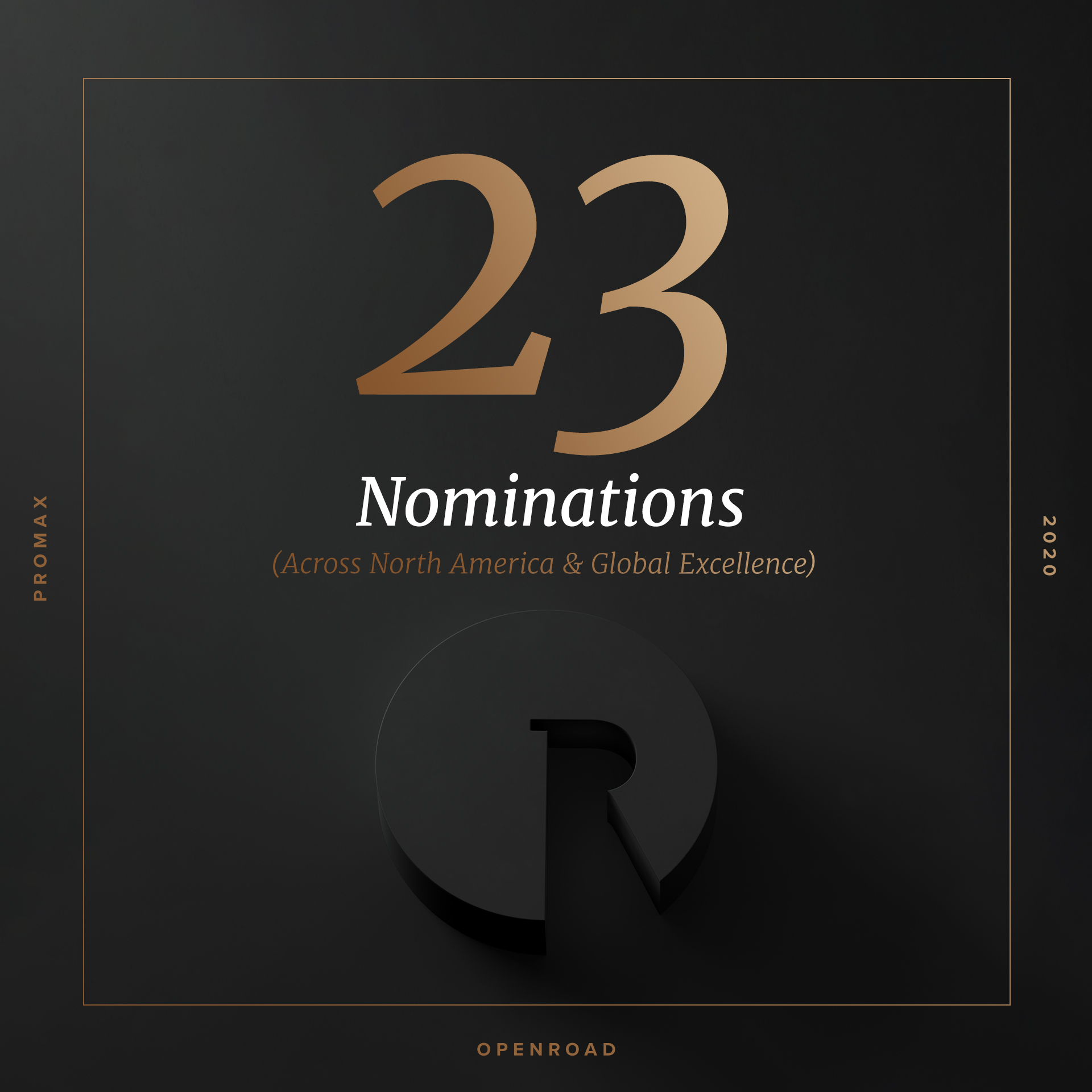