"If you can believe it, it's been 30 years since a couple of guys who were up to no good started making trouble in the neighborhood, and well, you know the rest. Now, the Banks family is back in a reunion special for HBO Max. The trailer clues us in on what to expect as we see the almost-complete cast (RIP, Uncle Phil) together reminiscing and also uses great throwback graphics, show clips, and yes, that darn theme song to remind us why we are still singing it all these years later. Get ready to relive the magic of The Fresh Prince of Bel-Air when the special airs Nov. 19."

"This emotionally searing piece is for Pieces of a Woman, a film about a young mother's loss that gathered a lot of buzz on the festival circuit and is now coming to Netflix. Using a stirring Britney Howard track, "Short and Sweet," what looks to be an incredible performance by Vanessa Kirby shines through as the pain of grief resonates strongly throughout this moving trailer. Kirby also fills the page on the dramatic poster. Pieces of a Woman comes to Netflix on Jan. 7."

"A trailer of the reunion dropped, which features the entire cast with the exception of James Avery, who played Uncle Phil. Avery passed away in 2013 at 68 years old reportedly due to complications from heart surgery. In addition, Janet Hubert, known as the original Aunt Viv, makes an appearance."

"Later in the trailer, the actors also reflect on the enduring legacy of the series, which Ali says “meant Black excellence to people” because of “the way that we loved each other.” And one bittersweet moment sees the tight-knit cast pay tribute to the late James Avery, who was “the heart of the show” as Uncle Phil."

"In the trailer, we see Alfonso Ribeiro (Carlton), Tatyana Ali (Ashley), Karyn Parsons (Hilary), Joseph Marcell (Geoffrey), Daphne Etta Maxwell Reid (New Aunt Viv) and DJ Jazzy Jeff (Jazz) all seated around the living room reminiscing about their days on the show. Some things came to light like how Reid initially was turned off by doing a show with a "rapper" and how Smith had to ask Jeff about 10 times to appear on the sitcom."

Open Road's 'The Stand' Trailer Featured on The Wrap

"CBS All Access released the first full-length trailer for the upcoming limited series adaptation of Stephen King’s “The Stand” during a New York Comic-Con panel to promote the show on Thursday.

The trailer introduces Whoopi Goldberg as Mother Abagail, a 108-year old prophet who receives visions from God and guides survivors of a plague that has decimated the world’s population, and Alexander Skarsgard as “The Dark Man,” a shadowy figure with supernatural abilities who attempts to construct a totalitarian civilization amid the destruction."

"The first The Stand TV show trailer introduces a star-filled cast including Whoopi Goldberg, James Marsden, Alexander Skarsgard and Amber Heard, but avoids a major story detail. Stephen King's sprawling, epic novel, which runs well over 1,000 pages, has been adapted once before, as a 1994 mini-series starring Gary Sinise and Molly Ringwald. Long considered too dense to adapt to the big screen, CBS has again opted to turn the biblical-in-scale story into a TV mini-series. The book follows a huge cast of characters who are attempting to fight for survival after a man-made pandemic wipes out most of the world's population."

"The trailer does a good job of condensing The Stand's many plot threads into a single coherent look at the plot, which bodes well for the show. The complex novel, which spends hundreds of pages introducing the disparate characters and assembling them before the climax, has scared away many a filmmaker, but so far it seems as though Boone and Cavell have done well in distilling that down into just one season of TV. Boone has previously said that King himself helped out with adapting the show, and wrote the final episode, which is set after the events of the book. As for the pandemic in the story, it's no doubt the trailer shies away from it because of the ongoing real-world pandemic. Still, it's sure to be part of the TV show."

"When a peaceful protest at the 1968 Democratic Convention turned violent, the whole world was watching. This new drama from Aaron Sorkin, which includes an incredible cast—Sacha Baron Cohen, Joseph Gordon-Levitt, Eddie Redmayne and Michael Keaton—details the trial that followed those events. The powerful trailer unravels the narrative, but it's the sound mixing that keeps viewers on edge. The chanting reminder that "The whole world is watching" transports you into the movement. The poster design smartly demonstrates the subject matter while also speaking volumes to current events and the civil division. See The Trial of the Chicago 7 on Oct. 16."

"The first trailer is woven with bits and pieces of this story that made history as the world watched. It definitely has those signature Sorkin storytelling vibes as it paints a tense portrait of the aforementioned clash — which is as timely back then as it is now. Written and directed by Sorkin, a peaceful protest was set to take place a the 1968 DNC and it quickly turned into a confrontation between the protestors and police and the National Guard. The organizers of the protest — including Abbie Hoffman, Jerry Rubin, Tom Hayden and Bobby Seale — were charged with conspiracy to incite a riot and the trial that followed was one of the most notorious in history."

"Bloody Disgusting has the exclusive trailer premiere for “Monsterland” that fully delivers on its promise of encounters with mermaids, fallen angels and other strange beasts, all of which drive broken people to desperate acts in an attempt to repair their lives. Fun fact too; the trailer was scored by series composer Gustavo Santaolalla, who also delivered the music for the extremely popular The Last of Us Part II!"

Millie Bobby Brown, of "Stranger Things" fame, plays the title role as the younger sister of super sleuth Sherlock Holmes in the movie, which will be released September 23.Henry Cavill plays Sherlock, although the character only appears in a supporting role.The trailer, released Tuesday, features Enola speaking into the camera about the disappearance of her beloved mother and her search to find her while running away from her brothers, Sherlock and Mycroft." 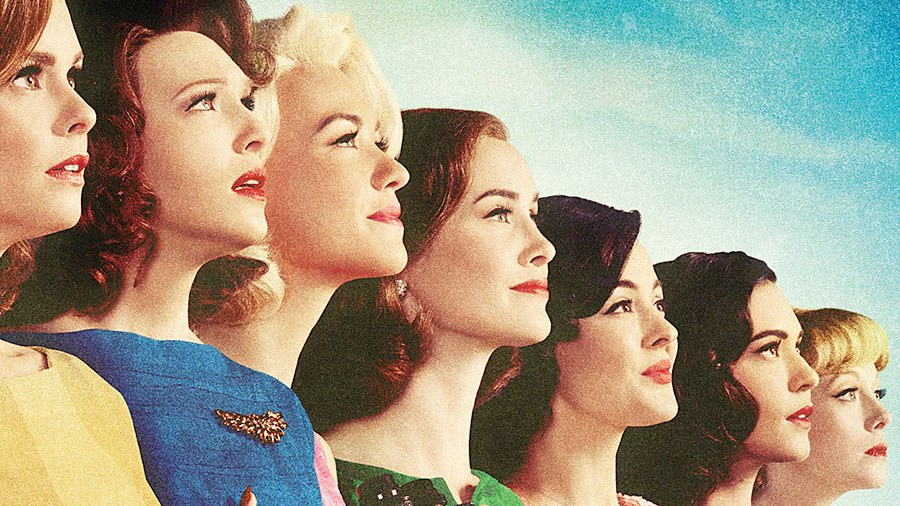 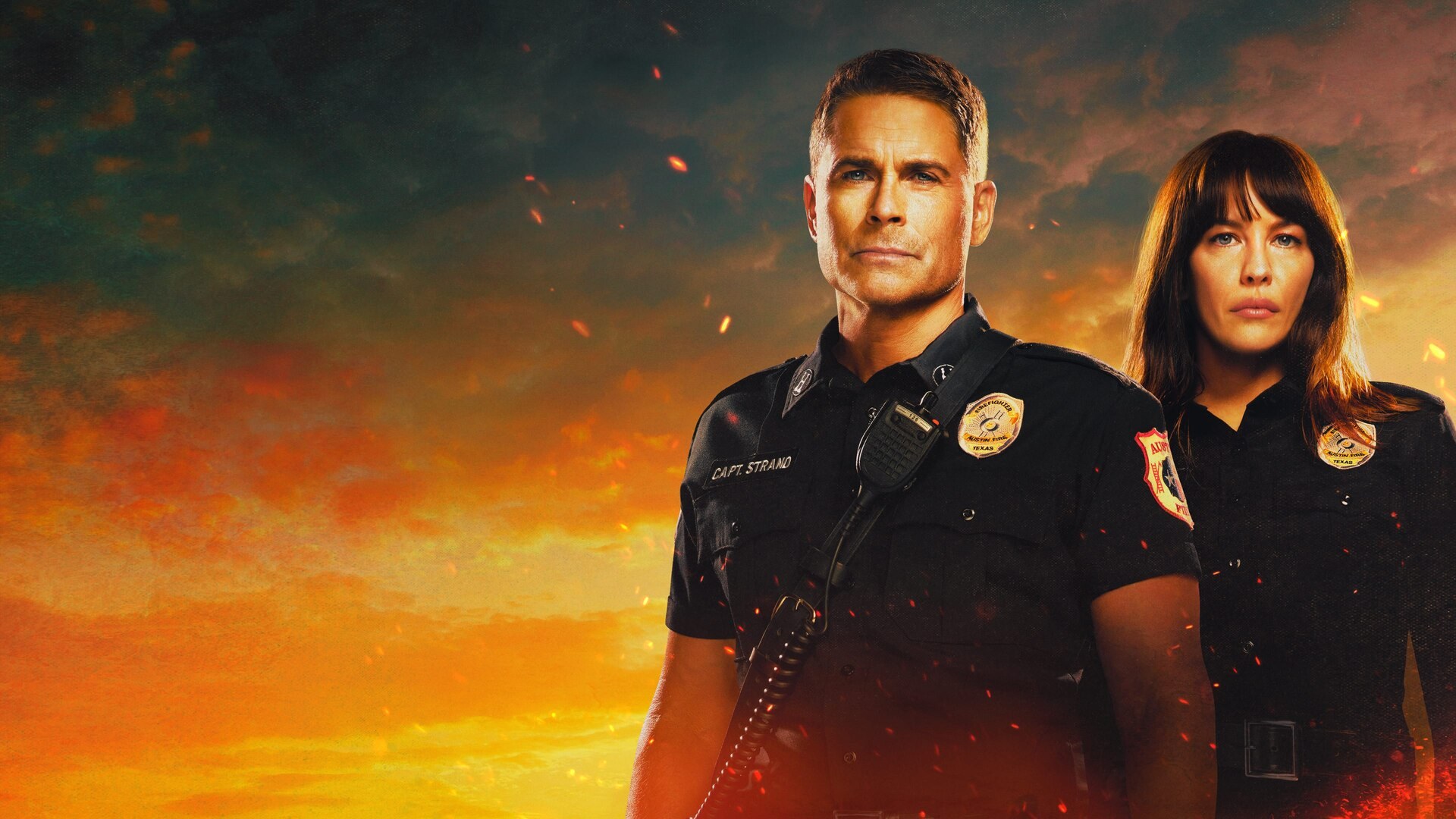 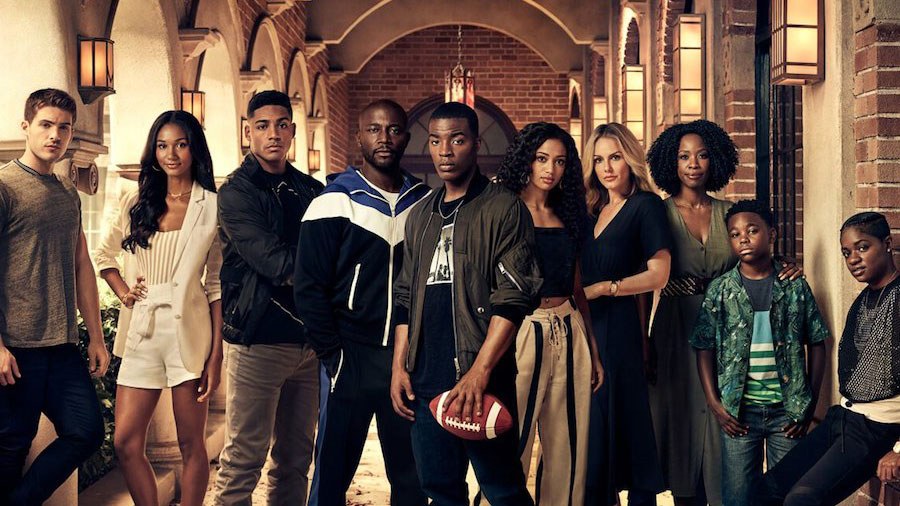 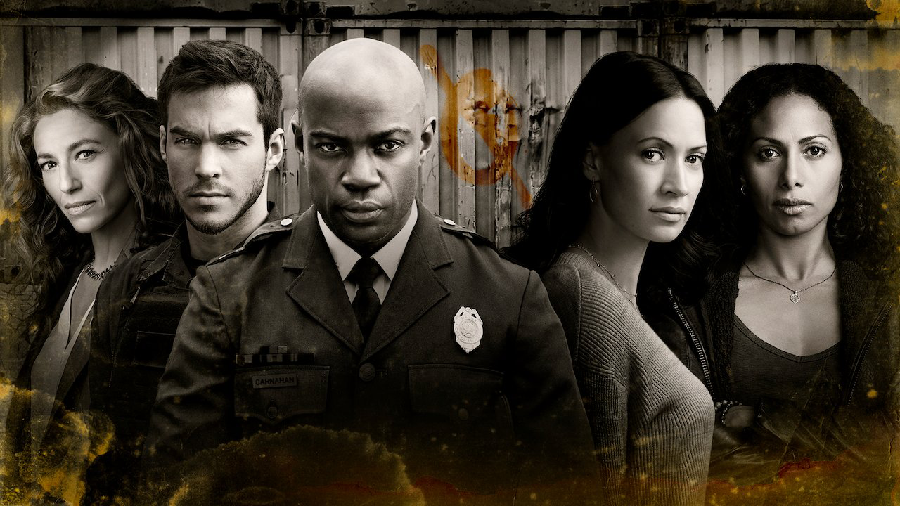 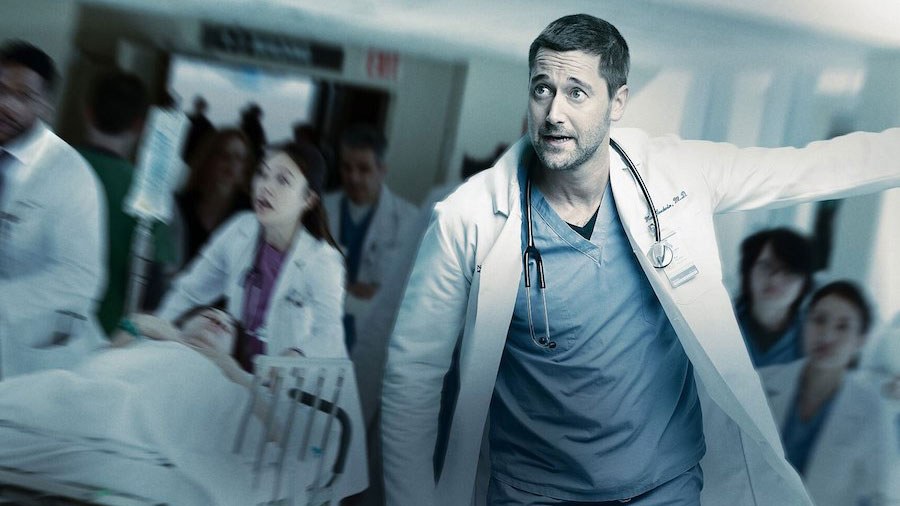 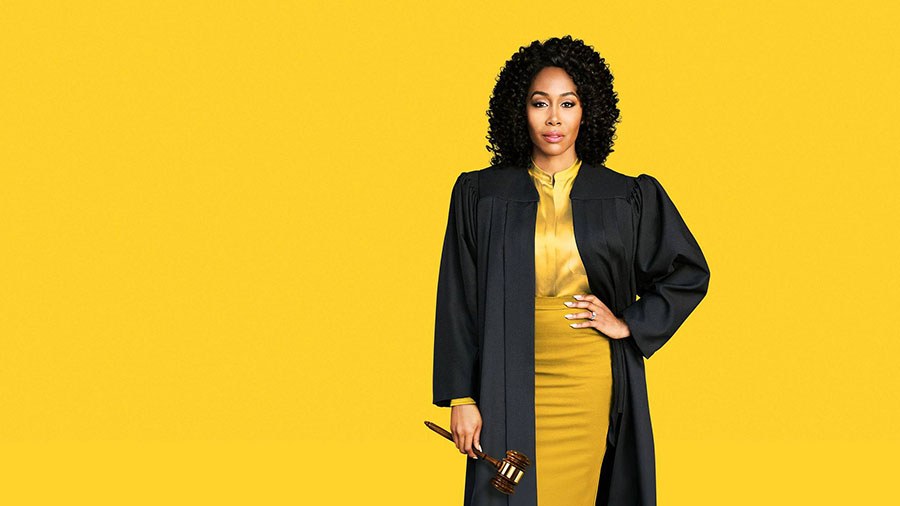 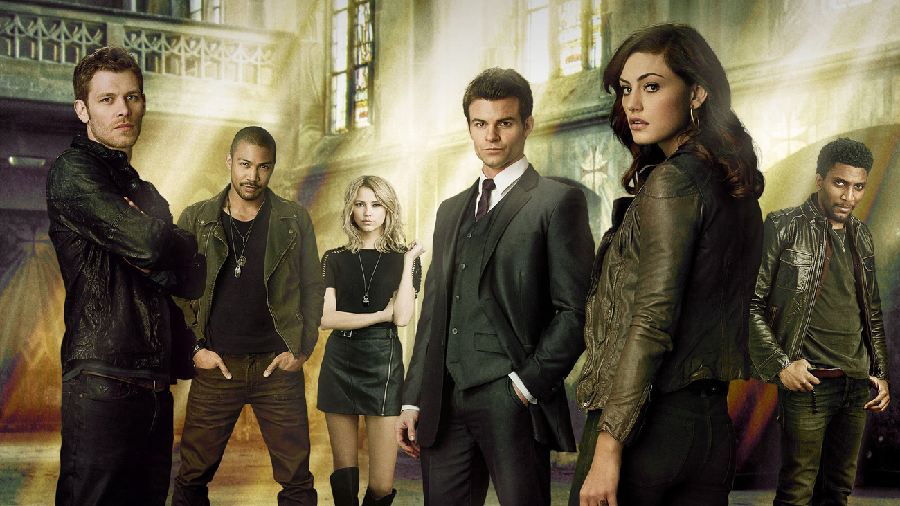 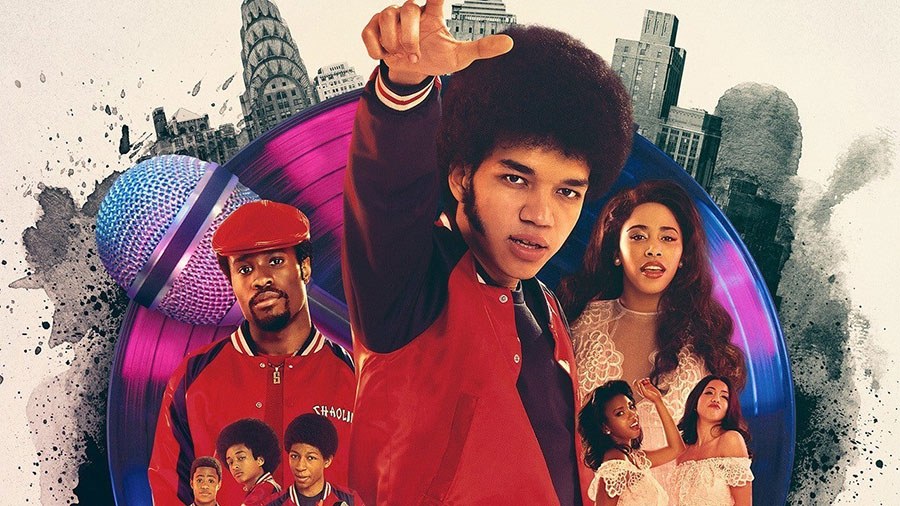 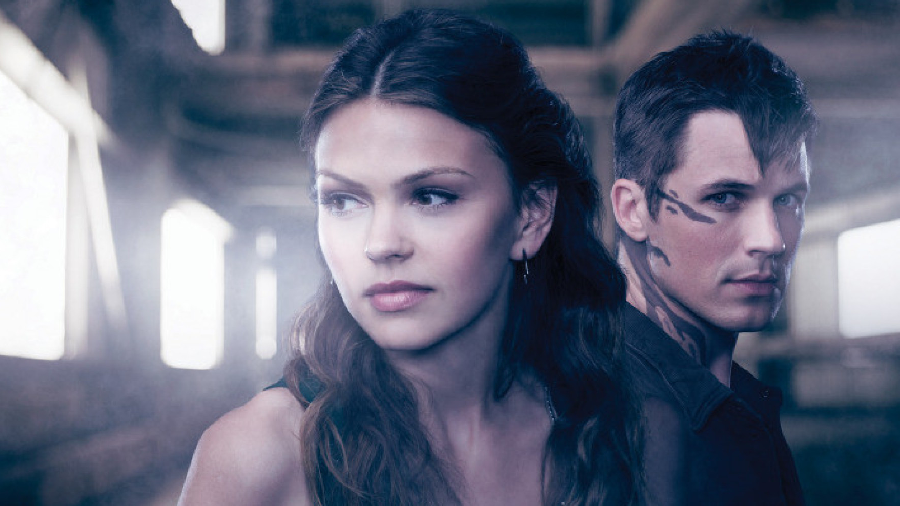 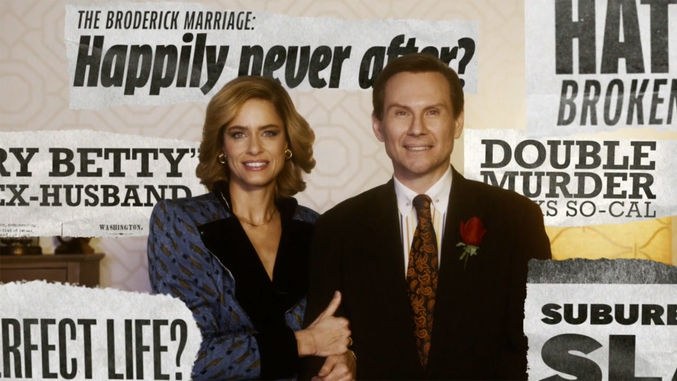